Reflecting on My Retrospectives Journey

It must be getting on to a decade ago now. 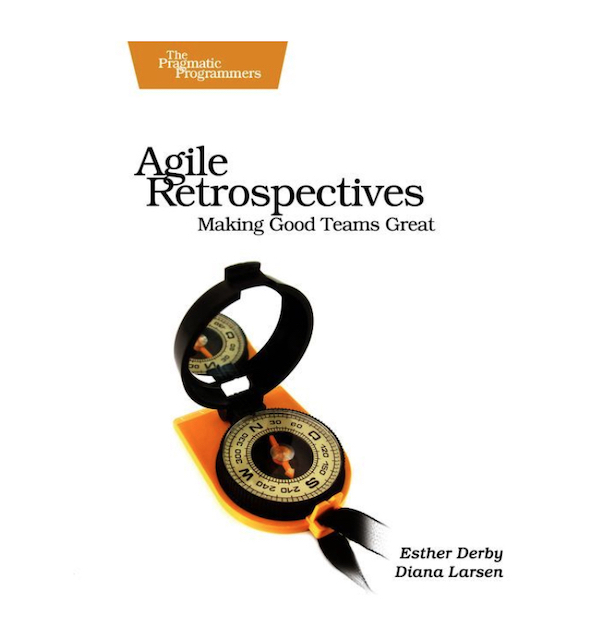 I had been freelancing, doing Ruby on Rails development for Blake eLearning for a few years. The size of the team had grown significantly since I started contributing.

Thinking further back, I had been a keen practitioner of all things Agile since 2001. My colleagues and I at an Enterprise Java consultancy had been early practitioners of eXtreme Programming. We were keen to learn more about the meeting of minds that led to the Agile Manifesto.

So, it was in about 2013 when I started reading Agile Retrospectives by Esther Derby and Diana Larsen that I suggested to the Blake Tech Lead, Martin Stannard, that retrospectives would be beneficial to the team.

At some point we had adopted Trello as our tool of choice for tracking our work. So, when we began holding retrospectives, it seemed natural to use Trello to capture the discussion points for each retro. After all, Trello is an adaptable tool, and it enables remote participation.

Regardless of the tool, my recollection is that adopting the practice of holding regular retros significantly helped our teamwork at Blake. We may not have been as sophisticated as Esther or Diana. Nevertheless, the simple opportunity for the team to gather and reflect on our recent work, and for each member to have their say, was powerful.

In mid 2015 I moved on to work at The Conversation. I spent the first week on site, in Melbourne. At the end of that week, as was the usual practice on a Friday, the team held a retrospective.

It was definitely lo-fi. The tools to support the discussion were a whiteboard and coloured markers. The board was divided into quadrants to guide the team’s focus on what had gone well, what hadn’t gone so well, what questions had arisen and what actions should be taken. At the end of the retro a mobile phone was used to take a photo of the board. That photo was then emailed to the team. It was a practice that had so far stood the test of time.

At this point I should emphasise that I had joined the team as it’s first remote member. So, at the end of the next week when I was back in my home office, an obvious challenge surfaced. I had no visibility of the retro board until after the retro had concluded! As the weeks went by I suggested that we consider using Trello. However, there was resistance, probably because the simplicity of the quadrants on the board had worked so well for the team for so long.

Months went by. In February of 2016 the team was at the Gold Coast in Queensland for the fourth edition of RubyConf AU. One of my colleagues, Mark Cipolla, had been thinking about my inability to participate in the retros as fully as the rest of the team.

Thankfully for me, this thought led to action! During those few days on the Gold Coast, Mark started developing a web application that mimicked the team’s retro white board. Sure, in it’s initial form the tool was somewhat rough around the edges. But it solved my problem!

From then on, using RemoteRetro, everyone in our team was able to add items to the retro board via a web browser. Mark quickly added a feature to allow voting so that the team could give more focus to discussing the issues that most people cared about.

For some time RemoteRetro was just used by the development team within The Conversation.

Meanwhile, Mark kindly invited me to join him as a co-founder of this side-project. We worked on it at a Rails Camp in the Gold Coast hinterland, ironing out some bugs and gave a demo of RemoteRetro on the last night. I guess that was one way other development teams came to learn about the potential to use RemoteRetro in their team retros.

At another Rails Camp in late 2017, we added some polish to RemoteRetro so that users could actually sign in and, for example, see boards for previous retros from within the tool. This was a significant weekend that saw us take the product towards a level where it may justify paying customers.

A demand to pay for RemoteRetro

As you can see from the tweet above, by March 2018 we were getting some encouraging feedback from other users of what was still a free product.

Not only that, Myles quite rightly pointed out that users should have the opportunity to pay for RemoteRetro!

So, Mark and I set about enabling others to pay for using what for a couple of years had been a free product.

As has been the case for most of RemoteRetro’s history, Mark did the bulk of the work on the codebase to pave the way for subscriptions to be introduced. However, I do recall that during a trip to Melbourne to watch a couple of games of footy and catch up with friends and family, I spent a few hours with Mark that culminated in us launching a version of RemoteRetro that allowed users to subscribe.

Yes, after a period of more than two years during which the tool had been free to use, we had enabled Myles and others to “throw us some dollars” in exchange for using RemoteRetro!

Happily for us, despite it having a small user base, RemoteRetro is now used by teams all over the globe.

We are aware that there is scope for improving the product. However, we also continue to guard against the tool becoming unnecessarily complex as a result of feature bloat. Having said that, if you’ve given RemoteRetro a try and have some suggestions about how it would better serve your team, feedback is always welcome.

In 2018 I introduced retrospectives to the development team at Birdsnest. Looking back on that time, I must admit that there were times when I struggled to maintain my composure, sometimes during a retrospective. I am grateful to a colleague for reminding me of the Prime Directive. Originally emphasised by Norm Kerth, it states:

“Regardless of what we discover, we understand and truly believe that everyone did the best job they could, given what they knew at the time, their skills and abilities, the resources available, and the situation at hand.”

Reflecting on this fundamental perspective can be humbling.

Later, after I had moved on to Clover in mid-2019, our teams benefited from using different formats of retrospectives. By this time RemoteRetro had been adapted to support alternatives such as Start/Stop/Continue and Mad/Sad/Glad, as well as the ability to create custom formats.

Why I love retrospectives

From very early years in my life I’ve enjoyed teamwork. I guess it stems originally from the experiences I had playing team sports. As the years went by I accumulated other types of teamwork, at school, university and in the workplace.

A core facet of teamwork is ensuring that every member of the team feels empowered to have their say.

That’s why I love retrospectives. As the saying goes, a team is greater than the sum of its parts. Retrospectives are a powerful tool for drawing upon the thoughts and feelings of all members of a team in a constructive way.

Learning from the masters

Unsurprisingly, I still feel that I have much to learn about retrospectives. 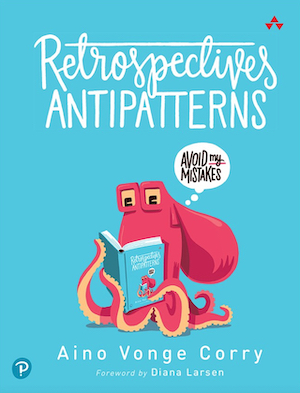 Several years ago, at a YOW! conference, I recall hearing Aino Vonge Corry speak passionately about retrospectives. She has accumulated much experience in facilitating them, to the extent that she has published a comprehensive book of retrospective antipatterns. I’m still digesting them but based on what I have read so far, I thoroughly recommend adding Aino’s book to the one by Esther and Diana that originally inspired me.

If you’ve read this far, you may have developed the impression that this post is a thinly-masked plug for RemoteRetro. I guess that’s partly true.

As I discovered last year when facilitating a discussion about remote retrospectives, there’s a range of tools that teams are using whilst conducting retrospectives online, now that the pandemic has resulted in team members working from home.

With an eye to the future, I’m fortunate to be looking forward to participating in retros on a regular basis, and learning more about how to make the most of them.

Thanks Keith for your thoughtful reflection on retros, I found it really insightful and interesting!

More recently: The Advantage of Agile